How To Patent An Invention For Free

Don't fall for the "poor man's patent" legend. Learn why, and how relying on this legend can harm you, your business, and your invention.

Variations on the search term, “how to get a patent FREE” are extremely common. Since it’s such an enticing idea, many inventors and fledgling startups want to know how to patent an invention for free. All justifications I can give you aside (I’ll save those for later in the post), a patent is an expensive proposition for many startups and solo inventors. Particular to early-stage startups and solo inventors, certain factors militate against the expense of patents, including:

How Do I Patent an Invention for Free?

Contrary to at least one popular legend, this is not possible. But you can reduce costs. Before we get into what patents cost and how to control those costs, let’s talk about the legend of the “poor man’s patent.”

What is a Poor Man’s Patent?

As the legend goes, a “poor man’s patent” involves writing down your invention, and mailing it to yourself. The theory is, that if the envelope remains unopened, one has a sealed packet, which is, most importantly, dated by the United States government.

The theory goes, with this sealed envelope, you have evidence that you invented the invention at least as of the date stamped by the Post Office on the envelope.

Aside from the obvious problem of the old tea kettle envelope inspection technique, critics will note that the theoretical poor man’s patent isn’t even free. One must pay for an envelope, the paper, and the ink. And, of course, the cost of stamps is surely approaching U.S. Patent and Trademark Office filing fees.

All jokes aside, this is a bad idea. This legend gives too many inventors a false sense of security. It doesn’t protect any potential patent rights you could have secured, and it really doesn’t give you anything other than vanity mail. Don’t do it.

In the United States, it Does not Matter Who Is “First to Invent.”

If an invention is patentable, the patent goes to the first to apply for the patent with the U.S. Patent & Trademark Office. Prior to March 16, 2013, there were proceedings to show an inventor invented the invention first, but even then, a drawing in an envelope did not itself compete with a patent application for establishing a right to a patent.

Regardless, the “first-to-invent” system has been gone for over a decade in the United States, and thus any veneer of credibility bestowed by legend on the theory of the “poor man’s patent” is thoroughly moot.

A “Poor Man’s Patent” Can Actually Hurt You

Too many inventors, who have awesome inventions, take this legend as legal truth. However, “getting a Poor Man’s Patent” can actually harm you, your business, and the patentability of your invention in several ways:

Give us a call to learn more about the legend of “poor man’s patents.”

How Much Does a Patent Cost?

From invention disclosure to patent issuance, you should expect to pay from $7,500 to $15,000 in government and legal fees over the typical two- to three-year period that it takes to get a patent, as of this writing. About 50% of this cost is up front (this up-front cost is the “cost to file”). Certain fields (e.g., mechanical & industrial processes) fall toward the lower end and others (e.g., software & chemical) fall toward the higher end.

We offer patent procurement services on a flat fee model, since most of our clients prefer to know costs in advance. We schedule out costs in advance, and can work with you to create a custom billing model that fits your business, ranging from true flat fees to installment fees. Some of our clients do still prefer hourly billing as well.

How Do You Reduce Patent Costs?

Often, a startup needs to “test the waters,” but cannot afford—or doesn’t yet want to commit to—the process of obtaining a full utility patent. For these needs:

Generally, when you hire a patent attorney, you hire them to do all of the heavy lifting for you. However, for some inventors or startups looking to control costs, an arrangement can be made where work is shared between the patent attorney and the client. Some are:

The answer to the query, “how to get a patent for free” is that it’s not possible. A so-called poor man’s patent doesn’t exist, and relying on this legend can harm you, your business, and your invention. There are strategies you can employ to reduce patenting costs, and hiring a good patent attorney can save you time and money over the life of the patent application.

Click here to set up a free 20-minute consultation with a registered U.S. patent attorney. 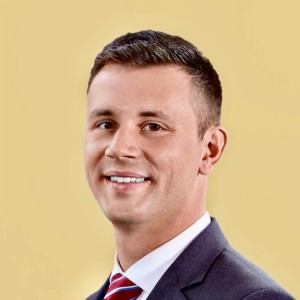 Home » Blog » How To Patent An Invention For Free

PrevPreviousHow Long It Takes to Get a Patent
NextDo I Need a Patent Attorney Near Me? The Answer May Surprise You.Next

Sign up with your email address to receive key patent insights for startup founders & general counsel.

+1 (716) 202-0495
Menu
Our mission is to provide elite, effective, and efficient intellectual property services to firms creating the future.

If you have any questions, please don’t hesitate to contact us at hello@mertzlufft.law!